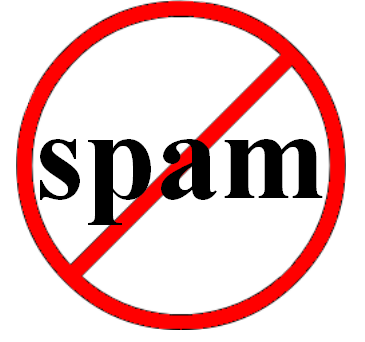 Back in September, in the post Spam – What are we going to do? I've declared my personal war with spammers. Now it's time for a summary of actions taken and their results.

Initially my line of defence consisted of Akismet plugin from Automattic. It did an excellent job of identifying and marking unwanted comments as spam. That should give me a peace of mind, right? Wrong. The spam comments were landing in my database and had to be manually removed from there. They were coming back again and again. Remember that spam comments are being planted not by humans but by "bots" (robots) which are never tired of mindlessly repeating their job. There had to be a better way of preventing them from leaving their payload on my website.

In the middle of September next plugin had been added: TimesToCome Security Plugin by Linda MacPhee-Cobb which allowed me to create a list of banned IPs and suspicious referrer strings. I've tried to add Bad Behavior plugin but I had to remove it as it was in conflict with other plugins on my site. Akismet statistics ( to the right ) show a steady decline of spam comments number during the following months. More changes happened in the end of November. I've replaced Akismet with Antispam Bee plugin by Sergej Müller and joined the Project Honey Pot.

On December 11, in the final step, SI CAPTCHA Anti-Spam plugin by Mike Challis found place in my armory. That concluded the process and the results are shown in Antispam Bee statistics ( to the left ).